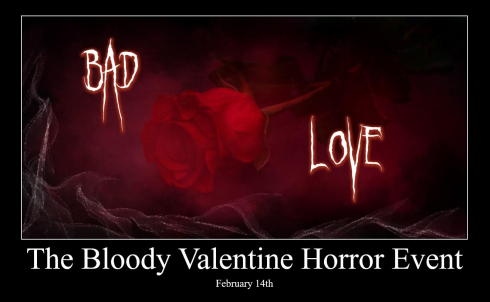 Slamming her head into the window, he hears it shatter with a resounding crack. “Look what you made me do? You think I’m made of money, huh?” She cringes as his boot comes up, landing in her gut. Gasping for air, spitting up blood and the remains of her meal, she reaches for a piece of the cracked glass; stumbling and unsteady. “What? You gonna stab me now? F’ing tramp!” She drops the sliver, tries to apologize, but the rage in his eyes is beyond reason. She curls in on herself to protect her already battered body. Instead of the expected kick, he slams his elbows down onto her bent neck. The crunch of bone is unmistakable.

Stop by A.F. Stewart’s Bloody Valentine Horror Event going on today from 9am – 4pm on Facebook for featured author discussions, books, links to other participating blogs, and plenty of Bad Love!