Let’s cut straight to it!

I don’t like rules, I never have liked rules; I break them as often as possible. If you don’t like what is on offer, ask for a substitute – if I can accommodate you, I will happily do so. Oh, and I’m plucking three people out of the running from my blogs as my grand prize winners! (Plus they would decimate the competition with their Terminator like tenacity; or behind-the-scenes promotional voraciousness)

Julianne is one of the other co-owners of Sirens Call Publications, so for her undying blog love (get it, get it… really? – go checkout Days with the Undead then come back with your head hanging in shame) she gets to pick two print copies of any of the books featured on ‘Spreading the Writer’s Word’ during the 2014 hop.

Joe and I are the co-founders of a small writing group called Pen of the Damned. I have therefore plucked him from the ranks of the worthy, thrown him to the Gods of the Underworld, and rewarded him with a few goodies for all of his comments, tweets, and shares! Joe gets to pick two eBook copies from any of the books featured on ‘Spreading the Writer’s Word’ during the 2014 hop, as well as brand new buddy from ‘The Dark Angel’ gifts.

She privately confided to me that she’s always wanted to be Prom Queen for the sheer maniacal pleasure of torching the unworthy while covered in lamb’s blood… or was it pig’s blood? Anyway… details, not important. What is important is that she worked her ass off to make sure that the underbelly of the hop was carefully and conscientiously attended to. If she chooses to share her prize with you – that’s up to her.

The winners on ‘Sotet Angyal – The Dark Angel’ are: 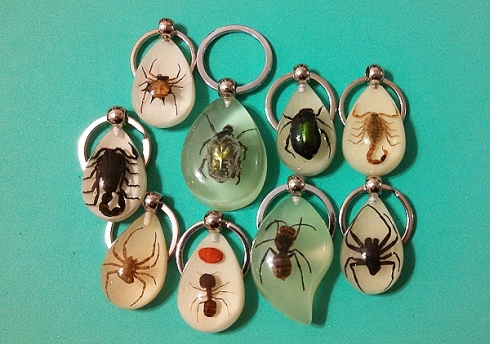 Sorry about the crappy photo on kids craft paper, but it shows the little beauties inside off very well!

*You have to be in the U.S. to win one of these little guys, it’s not legal to ship them internationally. Will substitute where needed.

Thank you to everyone who came and shared in Coffin Hop, read my depravity, and had a good time! Until next year…

Nina D’Arcangela is a quirky horror writer who likes to spin soul rending snippets of despair. She reads anything from splatter matter to dark matter. She's an UrbEx adventurer who suffers from unquenchable wanderlust. She loves to photograph abandoned places, bits of decay and old graveyards. Nina is co-owner of Sirens Call Publications, co-founder of the horror writer's group 'Pen of the Damned', and if that isn't enough, put a check mark in the box next to owner and resident nut-job of Dark Angel Photography. END_OF_DOCUMENT_TOKEN_TO_BE_REPLACED
This entry was posted on Monday, November 3rd, 2014 at 8:22 pm and tagged with Coffin Hop 2014, winners and posted in Coffin Hop 2014. You can follow any responses to this entry through the RSS 2.0 feed.
« Class Project – Coffin Hop 2014 | #horror #COFFINHOP @coffinhop @Sotet_Angyal
I Know »